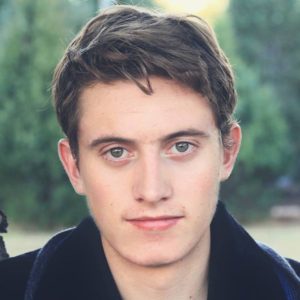 Noah Dome is one of, if not the youngest individual to come out of the early learning high school Colorado Springs Early Colleges with a Bachelor's Degree. Thanks to the early learning program there, he recieved his Bachelors Degree in Business Administration in Management from Colorado Technical University at the ripe old age of 17. He then went on to finish his Master's in Science in Organizational Leadership and Change only nine months later at the age of 18. As of current, he is more than halfway through his Applied Doctorate in Management in Organizational Development and Change, with a research focus in the designing of multi-million dollar crowdfunding projects and is set to finish by age 21. He wishes to use this degree to initiate projects that will shake the foundations of what was thought to be possible in every industry. As quoted by him on April 14th, 2017 at a TLBI design session:

"Crowdfunding is all about people coming together for what they believe in. People devote time, knowledge, resources and anything else required to achieve something truly profound and beautiful. Crowdfunding is also immensely powerful, and can be honed and used with such power when the mastery of the system design meshes with the qualitative state of the worldview of the desired audience that the system will house. There are several large scale crowdfunding projects that have been successful, with perhaps the most successful being the crowdfunded mega-game "Star Citizen" at around $150 million in funding and over 1.7 million backers. The system was meticulously designed to bring in people who have the innate desire to build and eventually enjoy the project and see it succeed, even though the banks initially turned down the visionary starter and now CEO, Chris Roberts. This design even went as far as to make the business hierarchy backwards in nature to the point that the CEO is on the bottom, the CEO's team is in the middle, and they all report to and interface with the 1.7 million backers who are on the top who likewise help design, test, and even in some cases build the game. This concept of the mastery of design through worldviews and innate desire can be understood and used across every industry, and it all comes down to the way in which the system is structured, marketed, and finally breathed into life through those that use it. The immense complexities behind this is the focal point of my doctoral research, and what I will use to work to redefine every industry, most especially non-profits, throughout my life based upon the worldview and theology that I have chosen for myself."

Here is a link to an Interview that Fox News did with him when he completed his Master's Degree:

During his Bachelor's program, Noah worked as a volunteer with the Falcon Fire Department for four years, and in that time he supervized and trained 12 recruits. After this, he started work as a custom computer manufacturer, and then moved into business consulting once his Master's degree was finished. With his degree he worked with clients to design and build business plans for small businesses in Colorado Springs and the surrounding region. From there, he then went on to re-found the Tri-Lakes Business Incubator, which was essentially dead for the better part of half a decade. The TLBI is a non-profit 501c3 organization that is focused on giving businesses the tools they need to not just survive, but rather thrive in the fast paced and often confusing environment of today. As of current, he is known for his depth of thinking into the "why" factor of both individual life and as an entity within an organizational system based upon logic and epistemology. Here is another recent quote from him, as spoken on March 29, 2017 at the TLBI:

An individual can understand the "what" of how a company works and what they do, and even the "how" of everything as it pertains to causality and causation. If one does not understand the "why" factor of both the company and where they as an individual fits within, then they have truly missed the point of it all. The only way to understand the "why" of anything is through the use of epistemology, which is simply an understanding of "that which is" about the universe and its cause, and then choosing of one of the seven logical worldviews based upon the data that is found. If one does not choose a worldview, or likewise does not wish to be self aware of this choice, then the purpose of their existence remains unknown to them, and will indeed remain unknown until self awareness of this worldview choice sets in. This is why an understanding of logic and metaphysics leading into epistemology is so important, because the first principle of logic, the LNC, proves that there is indeed truth, and then allows for the entire concept of worldviews to have a place to stand. From there, an individual can have confidence to pursue after that which they truly believe to be the truth based upon the logical data which leads into their worldview and theology choice, so as to not stumble in darkness anymore.

If you would like to meet him in person, come to the next seminar that he will be speaking at by looking in the Events tab.